I go to LA a few times every year. My best friend and his family live there. They are like my family. In fact, they are my family. So last week I decided it’s time to go to LA again. The timing couldn’t be better because there was a protest against the cruel, unnecessary animal experimentations (more on this archaic “science” later) that occur in UCLA. I could join the protest. And I did. Here’s my new activist friend, Michael and I. 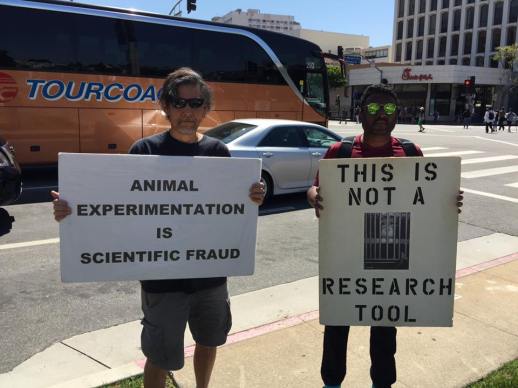 I looked for a race to do while I’m in LA, you know, as one would. I found one in San Diego! La Jolla half marathon. More on that later in this post.

I landed in LA on Thursday. Friday morning I did my first SHFT training session. I stayed in my target zone for 46% of the time! (Fuck yeah!) Then Shan and I went to a running store in Santa Monica for him to buy his first pair (of running shoes). It happened to be the venue for the packet pickup for a 5K (Leslie Cohen Law 5K) happening the next morning, by a beach. Did I walk out of there without registering?

Saturday morning : Ladies and gents, we have a first time racer, Shan! 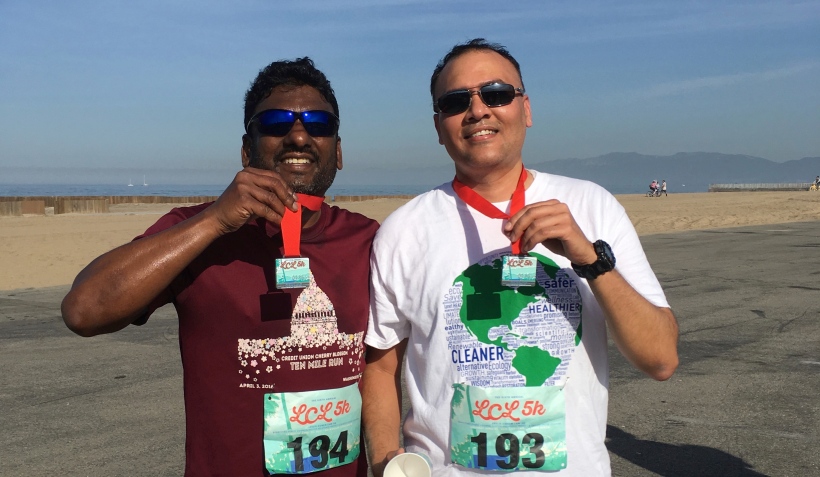 La Jolla Half Marathon           I have done over a 80 races since 2008. This race course was one of a kind! (Oh, I bought the Spectacles by Snap last month and I wore them during a race for the first time at this race.)

It was one of the most beautiful courses I ever raced.

This race course was also one of the toughest, yet. The hills just kept on going up and up and up…

Luckily the sun was in hiding until after the finish! Plus there were high fives and water guns!

And the downhills were amazing! The last quarter mile to the finish were all downhill and was able to Finish Strong.

Then there was one McLaren MP4-12C!

And then I finished at the beautiful La Jolla Cove! 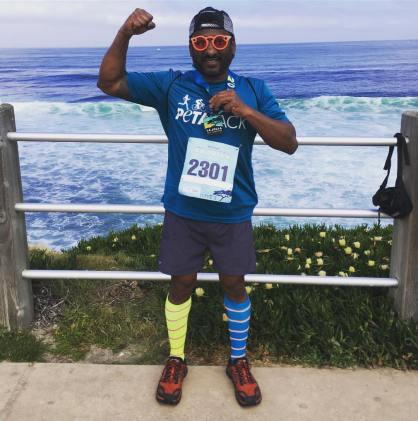 And then there were seals and sea lions!!!

That’s Rocky, who knows he is the dabom, giving me some attitude. And I did not invade his personal space, I was respectful of his privacy and kept a safe distance.

More stories from LA comin up….

Last  summer, in the midst of my intense training for Fire and Ice, there was one “off” weekend, thanks to an injury. I went to Philadelphia with a few friends. It was a Sunday.(Sundays are when most distance running races occur, throughout the country.)

/*A training interrupted means unwise decision making that may lead to self inflicted embarrassment and related catastrophic events.*/

As they say, an idle mind is the devil’s workshop (tho there is no “devil”, but you got the idea). In my case, it was an elephant sized boredom and a Large Hadron Collider sized frustration. I started asking  out ALL the pretty ladies and ALL of them said no, as if they planned the response together. Then, as the above post says, there was J.  But I did not ever get a chance to go back to Phily.

Last Sunday, I went back to Phily, because why not. Went to the same restaurant for dinner, because, hey, good food. Sure enough J was there, different hair but as pretty and cute as I remember. And… wait for it….

What would an out of work, bored, runner would do on hump day?

Go to NYC and run in Central Park (I’ve been wanting to do that for such a long time. Finally happened). Check

Then spend the rest of the day in the city. And walk for over 17 miles, hit at least 3 vegan restaurants. Check

Not to mention, miss the 4:45 AM train and then find out the next train is sold out and the one after that has been cancelled, then buy an Acela ticket for about $300 and get to NYC half an hour earlier than the original train and get an early start to the awesomeness that followed. Check

OK, full disclosure. I am preparing for my next certification and I was supposed to study all day. Anything to avoid studying.
Right?

I wanna say Acela was the highlight but it wasn’t. Freedom Tower or Brooklyn Bridge walkway? Nope. It was the Korean vegetarian restaurant Hangawi. 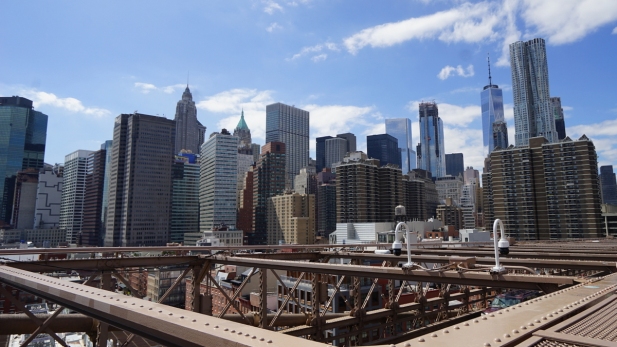 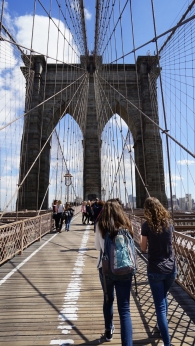 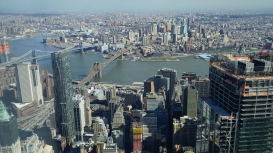 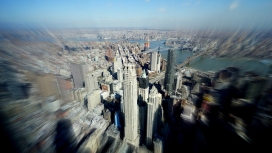 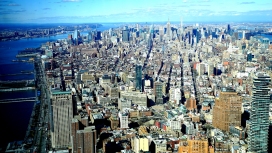 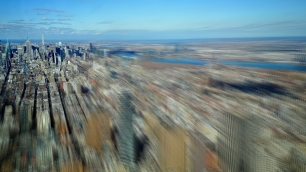 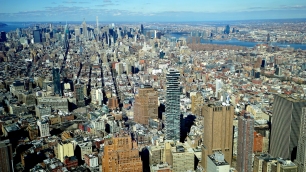 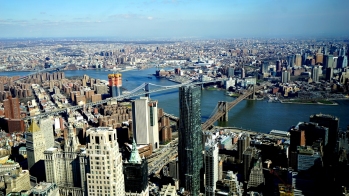 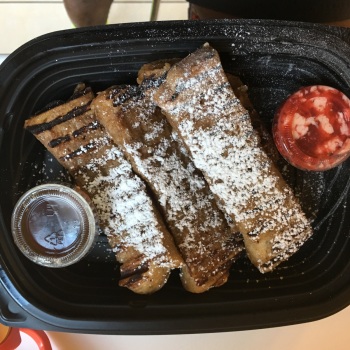 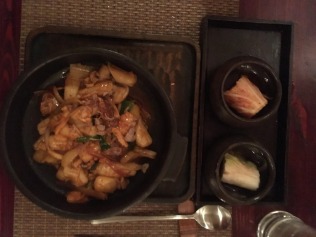 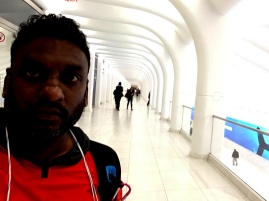 I definitely recommend these restaurants:

Urban Vegan Kitchen – As the name implies. Amazing food, pricey but totally worth it.

DC vegans got nothing on NYC vegans. le sigh….

That’s my running, for now.

1% effort huh? Not because I have become so good at this and it is effortless to me now, or anything.That’s how lazy I really am to get out and do something (running).

The last 2 races. First, the Rock n Roll DC half and then the Cherry Blossom 10 mile race, 3 weeks apart, were truly testing my limits. 2:24 for a half, injured, is acceptable (not a fast runner, to begin with). The CB 10 was running with a first time racist (racer? whatevs), so that doesn’t count. She did awesome for her first race tho. Running through the cherry blossoms was just amazing!

Then there was one training run with Deepa for about 5 miles. What used to be a less than 4 miles loop, which I’ve run many times before, from my house to The US Capitol, to The Washington Monument (through The National Mall), to The White House to back home, somehow grew in the past few months to an even 5 miles! Yeah, WTF, is right! 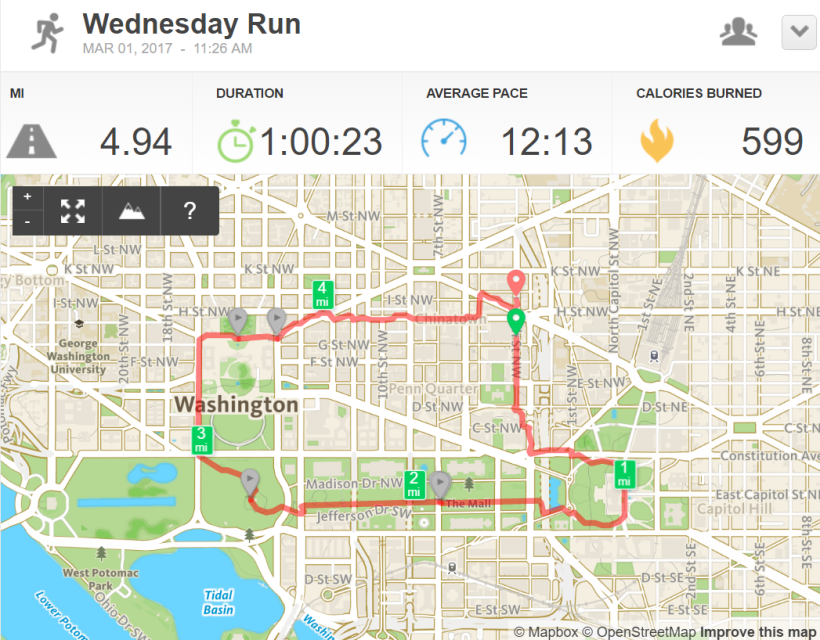 Remember, how I Injured my groin few weeks back? So, I can’t run like I normally would. I have to realign the landing on my left, and shorten my strides in order not make the injury worse. But it’s worthwhile to incorporate these workarounds to keep running. Especially because I wanna do the 55KM race in Iceland in July (I think).

Related news – remember how I am bling ho?

I run these races for those medals. Funny story, I registered both Deepa and myself for the Cherry Blossom 10 Miler together. Unlike ALL the races in the world, you have to fucking pay extra for the fucking finisher medal. Of course I fucked up and did not buy a medal for Deepa. So what would a generous, kind, experienced, has-more-than-50-blings-in-his-possession-runner would do?

But not before getting a picture of me wearing it. 🙂

We are all winners.